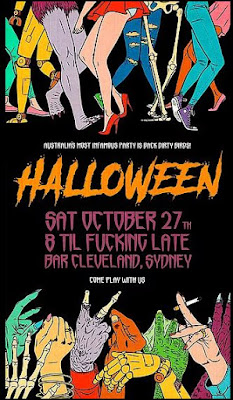 "Oh Shit Mick. Why do I have 5 missed calls from Anna on my phone?"

We had just been out for dinner with work and I had turned my phone off to concentrate on pretending to be a normal human being in front of my boss and his boss at the Teppanyaki restaurant.
I quickly jump on Facey B's and face timed Mz Anna.
"Mz Vicki!!!" Mz Anna wails "Our 7.30am flight has been cancelled!!!!!!"
"No no no no no nOOOOOOOOOOOOOOOOOOOO" I over dramatically wail back.

You see, we had been invited to Sydney for the Halloween party to end all Halloween parties.
A once in a life time opportunity.
My darlink friend Joy's daughter hosts a Halloween party each year in Sydney and they are fucking epic. They are the reason I jumped on her coat tails and decided to host my own (PC rated) version here.  Word on the street is this party is infamous for its INCREDIBLE over the top decorations and costumes. Most of the people invited work in the movie industry in costuming, props and animation. To say I was excited to be invited is a massive understatement...
and now "Big Cat" Airlines was putting a claw into my plans.

Luckily, I have lightning typing skills and I quickly booked on the 6 am flight with the ladies but this time with Qantas. OK so it ate into my spending money a bit but shit happens right?
"OK All systems are go Anna" I messaged "I'm booked on the 6 am flight too".
"6 am? I said 6.30!!" Anna responds.
"Bloody hell. OK so I'm on the flight before you by myself. No biggie. At least we are going".

My flight to Sydney was quick but the gorgeous air hosties loved my vintage style *flicks hair* and I ended up standing up the front with them chatting about my quick trip, sewing and how I NEVER do things like this".
We land and I wait to be the last off the plane unlike all the other crazed passengers who looked like they had just been told the plane was going to explode in 2 minutes the way they scrambled to hurry off.   I ambled off with my leopard print over night bag *another hair flick* in tow.
I stopped at the hostesses and asked for a selfie with them because they were so totes cool.
They obliged and them one of them whispers "quick come with me".
I love an adventure so I snuck with her into the kitchen area. She then opened my bag and stelthely crammed in 3 mini bottles of champers darling. "Shhhhhhhhhhhhhhhhhh" she giggled.
What a darlin!!!

After waiting in the coffee shop for half an hour my travel companions arrived and we were now HERE!!!
We stayed in the Crown Hotel Surry Hills which was lovely and only a stones throw from where the partay was going to be held.   We had a couple of hours to kill and so we went and had breakie and then went for a walk around the streets of Surry Hills.  Gorgeous place with all those terrace houses that are worth gazzillions.  I do love a good stroll and the weather was just lovely for it.
Kim's phone rings and the hotel tells us that we can now get into our rooms but they need to speak to Vicki about her credit card.
My credit card?

We get to the hotel and they tell me that they have tried to put through the payment for the room but my card has declined.
"ummmmm I paid for the room when I booked it 2 months ago" I stammer.
"Oh no. We just get you to put in your card details but we don't take the money out until you get here". They explain.
"Oh fuck" I internally scream. 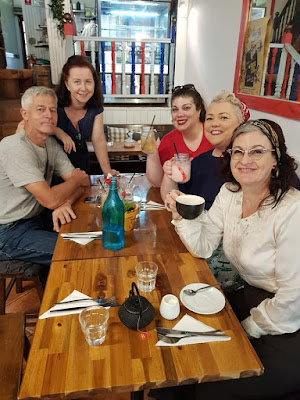 I thought the money had already come out, but it hadn't and in true Vicki style a couple of weeks later I would have seen this extra money in my bank and thought "Oh Vicki you have been so good at budgeting look at the extra cash we have. LET'S GO BUY SOME FABRIC TO CELEBRATE".
So, I had $100 cash on me to buy dinner and breakie and because of the whole having to buy another flight and Big Cat airlines don't refund straight away, I had $210 in the bank.
I paid the hotel which then left me with $50 to buy dinner, breakkie and drinks at the party.
IN SURRY HILLS.
Jesus Wept. 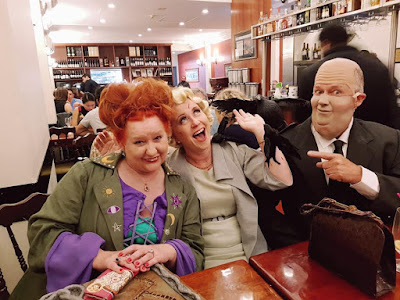 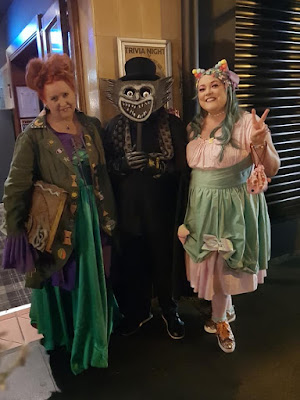 The room is decorated in the theme of Stephen King with posters of his movies, REDRUM written on the mirrors, red and black balloons, IT staring out from the fire place and a big TV showing a montage of all the Stephen King movies. There was a photo area with the back drop the carpet print from The Shining and the pool table was covered in Halloween candy. 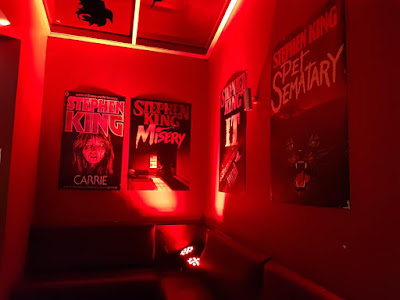 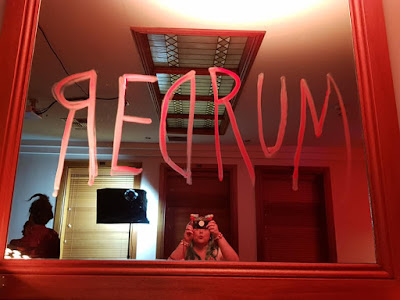 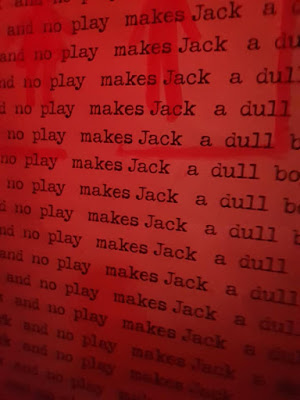 Our little group (from Brisbane, Sydney & Adelaide) had gone all out -
Winnie from "Hocus Pocus", The Badadook, Alfred Hichcock and Tippy Hedron from The Birds, A Dead Bride, Sally from "Nightmare Before Christmas", Nicki Manaj, Mrs Slocombe, A foxy Fox, A horror movie cheerleader, ISIS and  and me as a Harajuku Decora girl. 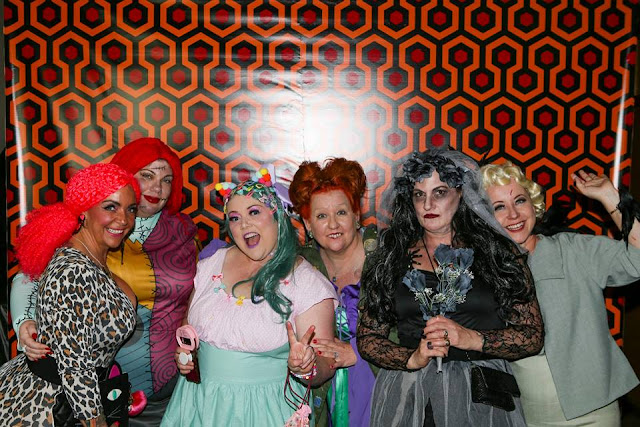 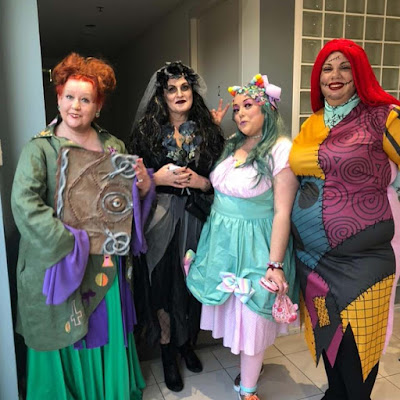 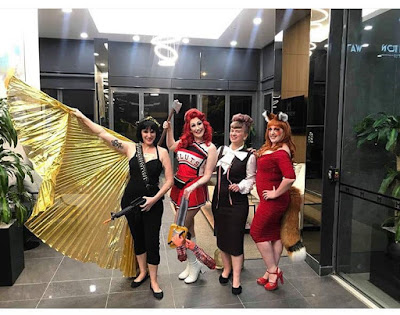 We found a place overlooking the dance floor and it wasn't long before the place was PACKED.

From my vantage point I could look out across the room and see everyone come in. My jaw was aching from being agape for so long!

Below are just SOME of my favourite costumes.

After about an hour and a half of gawking it was time to hit the dance-floor.  Gypsy's playlist was brilliant and obviously she has the same taste in music because it was very similar to the one I play at my annual shin-dig. I may have lost my mind when Two-Live Crews "We want Some Pussy" came on. 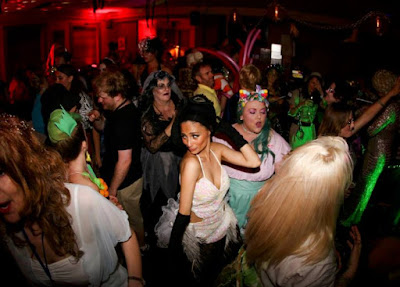 Now you must forgive me as I am but a country girl from Australia's largest country town of Brisbane, but my last experience with a drag queen was at The Beat in the early nineties where I had to suck the chocolate off a Violet Crumble from between the legs of this divine Queen.
I don't get out much.
At one stage during the night I was in the middle of the dance floor in my own little world dancing to "Spinning Around" by Kylie when I looked up. I was in the middle of this group of GORGEOUS drag queens that all stood around 6 foot 7 tall dressed as things like Greek goddesses, Freddie Mercury, Cruelle De Ville and Dolly Parton and there is lil old me 5 ft nothing looking like a little kid.
I couldn't wipe the smile off my face. 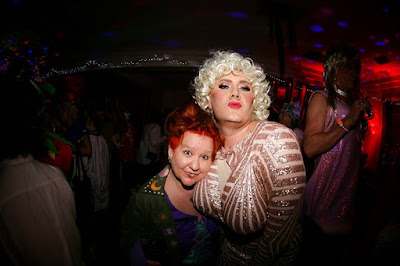 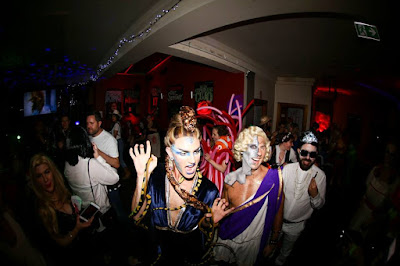 HIGHLIGHTS OF THE NIGHT 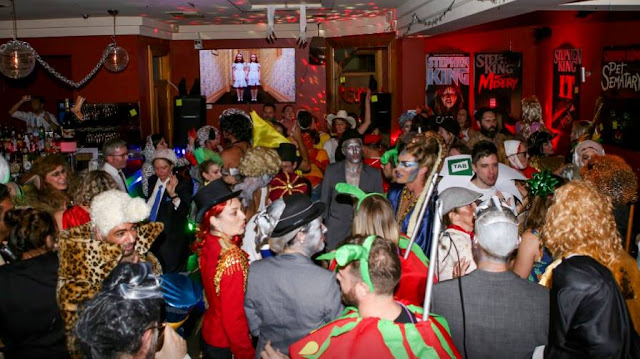 The entrance of the Skekis - Everyone just STOPPED and applauded, screamed and hollered at these crazy brilliant costumes made my Joy's son. They took him months to make.

Helping Joy 'conduct' the crowd in a Sound of Music sing-a-long to "Do-Re-Mi".

Whenever a song came on that referenced somebody's costume, that person would be thrust into the middle of the dance floor to perform / lip sync. I can say that NO ONE at this party was a shy wall flower and each person threw themselves into the performance - Cher , Freddie Mercury and the chick dressed as Rose from the Titanic complete with door to "My Heart Will Go One".

The Zorba Dance - I quickly exited the dance-floor as everyone formed a circle of flailing legs, glitter and fake blood.

"You're the Voice" by Johnny Farnham.  The whole place sang this song at the top of their lungs, fists punching the air for dramatic effect.  I listened to the lyrics and thought that this song COULD be an anthem for the LGBTIQ community. People were hugging and swaying and the passion and joy emitted in the room just filled me up. 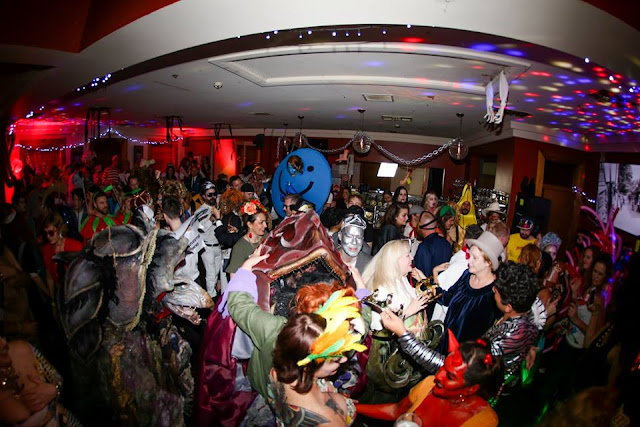 Around midnight our knees and hips decided it was time to head back to the room for a nice cup of tea.
We limped and waddled back, had a cuppa, a nice hot shower and crashed.
Apparently I snored like a drunk bulldog.

Thank you so much to Joy for inviting me and to Gypsy for creating such a wonderful night that brings so much joy and happiness to so many people.

Photos courtesy of me, Joy, Gypsy and Tracey. 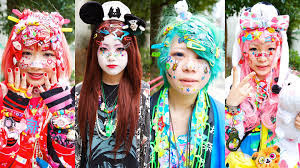 What is a Harajuku Decora girl?

Harajuku (原宿) refers to the area around Tokyo's Harajuku Station. It is the center of Japan's most extreme teenage cultures and fashion styles

Decora is a Japanese fashion style also known as "Dekora" or "Decorer". Decora style consists of bright colors, wild hair clips and bows, and tons of layering and accessories.

LINK - What Is the ‘Decora’ Style and How Does It Look? 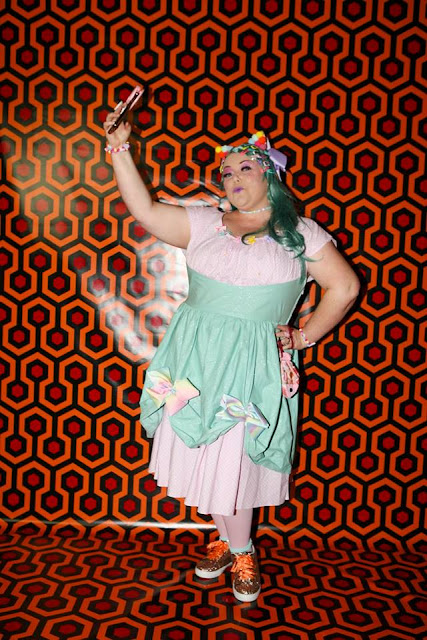 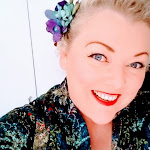 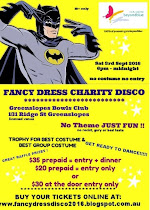 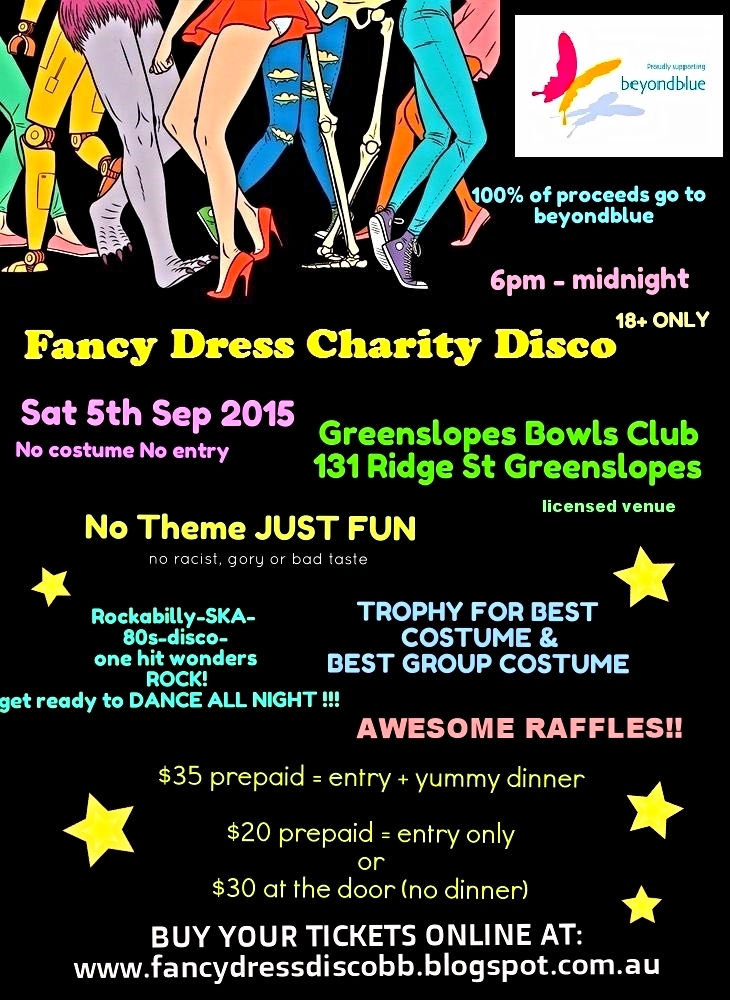 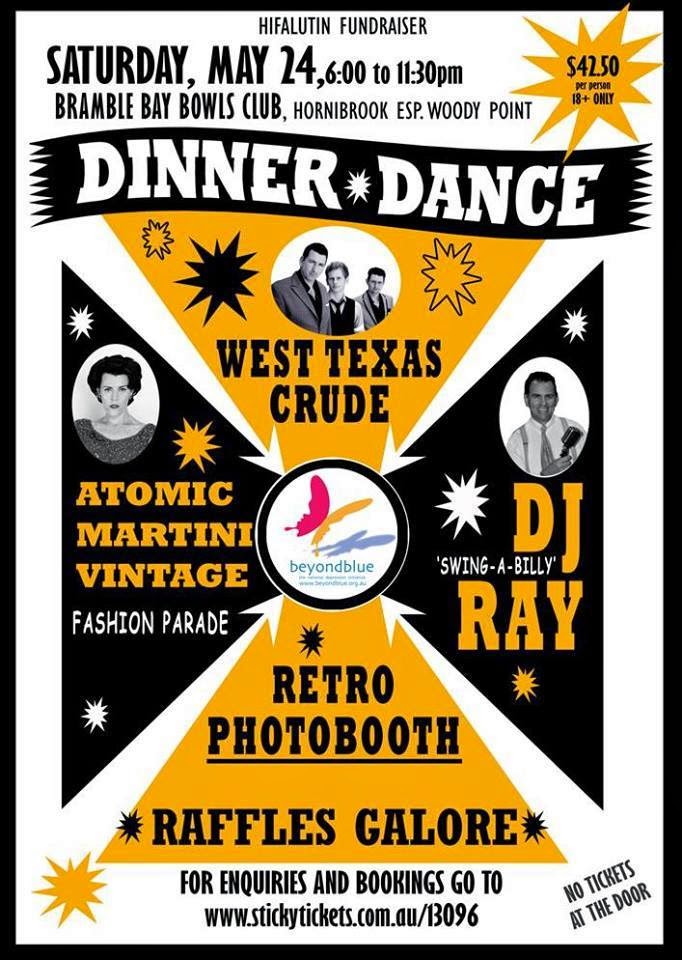 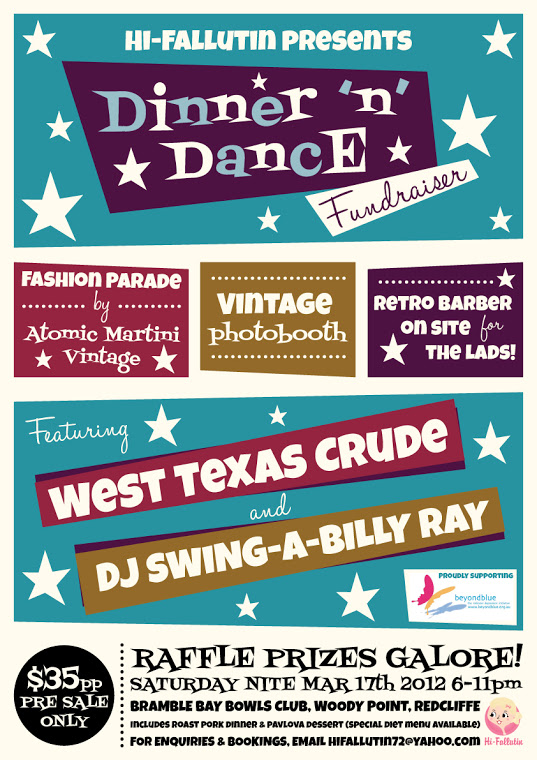